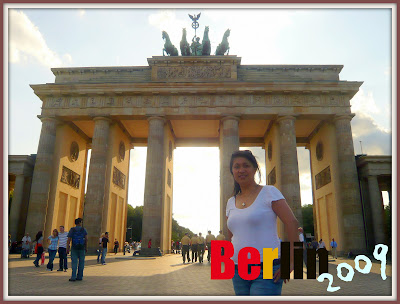 One of the reasons I joined FB is for self-therapy. There have simply been too many rapid changes in my life, and not enough peace to work through them. In the past, my tendecy is to work on personal issues alone. Of course, there are more than enough love ones, who were and are willing to listen, lend a helping hand, a comforting shoulder to lean on. But it was my nature to want to sort things out on my own.

It seems contrary to state this, this occurs to me while writing what I wrote , but I am in the core a very private person. They say life to be fully savoured should be balanced. I needed to learn how to be open again. Blogging seems to be the answer to that need.

Without going into much details, I would like to share that almost 2 years (on the 23rd of March) into using this medium - what is in general considered as a social networking site - as my online journal, album (personal/family) I have reaped a lot of positive changes in my life, which in turn has benefited my beloved family.

I once received a letter from a friend, whom I worked with during college, telling me that our friendship, hopefully will not have walls, no floors and no ceilings. I still laugh whenever I recall those words. It was probably between the years 1990-91 or 1991-92. The last couple of years before I left the Philippines.

What I needed to re-affirm for myself, and was able to in the almost two years of using FB, is that everyone goes through almost the same life phases, and almost everyone has the same dreams, goals, longings.

We all have different ways of travelling through life, different pace, different tempo. But all the same, we will all encounter road blocks, and challenges to overcome on the way to fulfill whatever it is that motivates us to wake up every single day.

I guess the result of being ill the last few days, and now feeling a whole lot better. It reminds me clearly about the relativity of time.

Also because I have been meaning to share pictures of our trip to Berlin but never got around it. Lately, I have been looking through them again, and I no longer feel so emotional about sharing.

I was 7 or 8 y.o. when I dreamed of going to Berlin. I visited it for the first time 1993, almost half a year after turning 21 (well, near it...we were in Berlin Potsdam with my German language classmate during a school trip). Then 1996, with my German husband. Easter 2006, eldest and middle daughter came along for the first time. 2009, with P and the littlest.

The Brandenburg Gate is very prominent in the history of Germany, Europe and the world.

It played a prominent role in my childhood imagination and visualisation of living life in Europe. Ironically enough, it bared silent witness to my simple life going through many transition.

Now, I look forward to going many times through this gate with an open heart, and an open mind to the future ahead.  Perhaps like the millions of visitors in awe of the freedom and hope this landmark represents.
posted by Unknown at 2/24/2011 11:49:00 PM