Consoling the Mind & Heart at Kinderdijk


We were suppose to spend a long weekend in Germany but due to a very sad breakdown on communication with the person we were suppose to visit, the family and I decided to stay home and spend the weekend, in Holland instead.

The hotel reservation we made, not even an hour before the  late Friday afternoon of our departure, was cancelled shortly after the last attempt to save the unfortunate situation (special mention & thanks to the personnel of Hotel Ibis Cologne Leverkusen for being very accomodating, courteous, and understanding with our plight) .

We were very grateful for their assistance and friendliness, which helped alleviate the shock we felt on what we thought would be a start of a special weekend, with someone we have not seen for three years.

I also missed running a 10K, which would have been early this morning, but I decided in the end not to run it because it hast lost it's meaning; I chose it with the purpose of dedicating it to the person we were visiting.


In the end, thanks to my wonderful family we did end up with a very special weekend:


For today's blog, I fervently wanted to share the picture* (see the first image above of the row of windmills), which eldest daughter took from our yesterday's spontaneous outing to Kinderdijk. And some other images capturing the essence of the day.

I love how the family came together, and turn around a terrible episode into a warm bonding experience.


In the process, the first weekend of June will always be remembered as the weekend we all finally get to visit Kinderdijk!

And oh! Remember, our blue tit fledglings? Saturday morning we were able to watch each of them as they flew out of the nest one by one! If I am not mistaken (since I have not had the chance to look through all our pictures and videos from the last couple of days) we were able to record at least one if not two of them flying out of the bird house.

Below is the clip of the second to the last of the three fledglings, who all flew out  one after another from the nest yesterday. Mijn liefste P was referring by the way to the other fledgling perched already on the tree in front of our balcony, when he excitedly shouted, "There he is, there he is!"


One (we think!) still remains in the nest, it's the smallest, and we think the one who got the least feeding through the past weeks.

As you can hear from the clip, we were all very excited to witness the fledgelings flight, which we would have missed had we gone away for the weekend.  We were aware of this, as we decided last minute to go all together to Germany - originally, the family would have stayed home but since I needed a bit of moral support, they were coming along.

Most of the time, we try to console ourselves (or be consoled by others) that things happen for a reason, specially when it's a painful experience. It's not always very clear right away what the reason is nor do you get the chance to go, "A-ha! That's why!" until much later, when you have almost forgotten about it. Some are luckier than others, and do get to say, "We were lucky it happened the way it did..."


I guess this is the reason I am sharing some of the details of what started as an upsetting weekend, but ended up being very soulful one.

Although, I want to forget as fast as I can the ugly incident of Friday by no longer dwelling on it, I strongly felt the need to preserve the sweet cherished moments shared with the family, which slowly unfolded right after that tearful hour.

I might not be able to make rhyme and reason why things turned out the way they did, with everyone having good intentions, but at least I am lucky to have my family to help me through, and help me out of the pain of such an experience.

My old behaviour pattern would be to metaphorically "flee", "run away", as far as I could, when faced with deep-seated fear, of being misunderstood, rejected, abandoned.

Since I discovered blogging, I knew I don't have to "run away" because beside many people, who cares deeply for me, I have blogging, the therapeutic writing as my "refuge".

This blog will serve as something to come back to when  that, "A-ha!  That's why!" moment, comes.

Most importantly it's a clear reminder that if you put just a little more extra effort (and let the love in from people, who counts most fills you, than be engulfed by harsh, thoughtless, and perhaps simply reckless words spoken out of turn because of this person's own hurt and confusion), something wonderful can come out from something bad, painful and ugly. 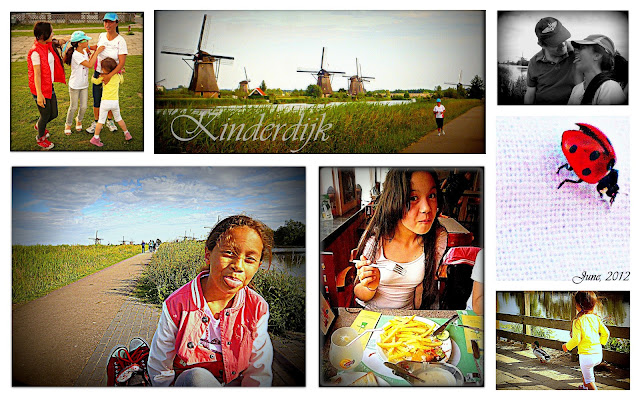 It's all about changing one's focus and perspective.