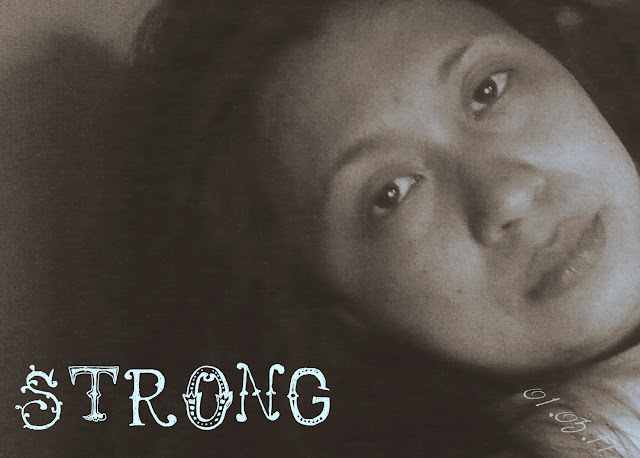 You're braver than you believe, and stronger than you seem, and smarter than you think.
A. A. Milne


Yesterday, with P's help, I was able to post the self-portrait completing the month of February, the second set of 365 ~.  It was a last minute idea but I was able to summon all the energy I have "to face the camera".  Amazing how one can with the right lighting still look decent on pictures, even though one feels spent from the whole day of wracking the body with dry coughing. 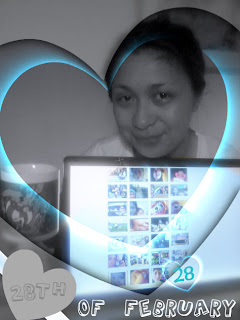 Today was much of the same.  I stayed in bed until 2 pm, simply resting my weary self.  How can an itch in a small part of the anatomy renders the whole body weak!?!  Luckily, the high temperature from the night subsided.  I took in a lot of fluids, medicated myself against the pain and coughing, and rested.

During this resting period, I contemplated on taking a month's break from the 365 projects;  I thought, I could resume it again in April, and just IOU the month of March for 2012.

P came once again to my rescue by encouraging, convincing and reminding me to "simplify".  His message was loud and positive: keep on it because I'll regret it when I discontinue, now that the challege of photographing and posting for two consecutive months have been accomplished .  Consecutive being the operative words.

I got convinced.  Plus, an email from NaBloPoMo gave me the last kick.

Although I (finally!) registered for the NaBloPoMo site last year (I heard about them right about the time I started blogging (2006-07)), I never managed to post any blog there.  The idea of blogging continuously for a month stuck to me for the longest time since it complements my fascination for 365 photographic projects.

Last year, I have done more than a couple of one month blogging challenges.  The feeling of those mini-success encouraged me to go on with the wish of creating a public blog page after five years of anonymous blogging.  It was simply a time for that transition.

This month's  theme at NaBloPoMo as the email state is "In A Word".  I'm going for it!  It will also be my belated gesture of gratitude to the creator of NaBloPoMo, since they encouraged and inspired the bloggers that inspired and encouraged me as well.  Let's spread a lot of encouragement and inspiration, then. :)

I chose the word strong for today because that is how I feel now about myself after the transition years I went through with my family.  I am indeed strong.  It is one word that will replace the many negative words my mind has somehow played to me whenever I am already down and defeated.  Constant affirmation with one positive word beats the onslaught of negative thoughts!

I think this month will be neat...nay, magnificent to use a better word because this month's focus is all about words! Positive, self-empowering, inspirational words.

Since I am all out of words for now, I will leave you a quote once again from A.A. Milne to say, goodnight!


"A quotation is a handy thing to have about, saving one the trouble of thinking for oneself."
— A.A. Milne